Only full-time employees in "state service" qualify under the provisions of the Arkansas Uniform Attendance and Leave Policy Act, excluding:

Arkansas grants sick and maternity leave to state employees. State employees only qualify for sick leave if a sickness or illness inhibits then from performing their job, or if they have optical, medical or dental treatment.

Sick leave should be applied for in advance if possible. If the employee uses more than four consecutive sick days, he/she must obtain a certificate from their doctor disclosing the need for sick leave. Any absences due to sick leave must be charged against accrued sick leave, earned annual leave, catastrophic leave and leave without pay, in that order, and an employee must use all of their accrued sick days before taking leave without pay for an illness.

Maternity leave works similar to sick or disability leave, with the exception that employees do not have to use any/all accrued sick or annual leave days, though they may if they wish. If all paid leave is exhausted, leave without pay may be used.

The employee must have exhausted all of their sick leave before being able to take leave without pay under the Arkansas Uniform Attendance and Leave Policy Act. 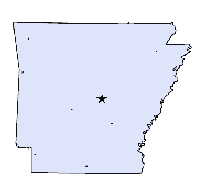